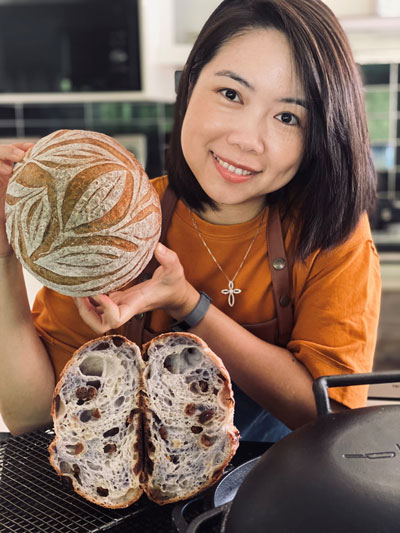 Making Sourdough Bread – Finding the solution to my sourdough fails

It’s funny how our problems can soon become our passion. That’s how my story unfolded as I struggled through learning to bake sourdough. As it turned out, the proofing was in the pan.

My name is Melya Suryanto and I fell in love with baking Sourdough bread during Covid-19 in 2020. Living in Brisbane we experienced lockdowns on and off, where I (like most of you) was required to stay at home – a lot!. With so much extra time on my hands, I decided to master the art of baking Sourdough bread at home.

I decided to master the art of baking Sourdough bread at home.

Trials and tantrums as I perfect my sourdough baking technique

I spent hours and hours in the kitchen – preparing the dough, testing different sizes and types of pans, only for the bread to fail when I baked it!

I was using dutch ovens at the time. They were either too big, so that I couldn’t even fit 2 in the oven. This meant making enough bread to feed the family would take over 5 hours. No thanks! And when I tried a smaller dutch oven the bread wouldn’t fit!

Being as deep as they are, I often burnt myself as well, while easing the dough into the hot pan. Ouch.

And then there is the issue of “steam”. The dutch oven wasn’t producing enough steam, so the bread wasn’t resulting in a good oven spring. Steam and Spring – are my sourdough essentials!

Experimenting with Baking Steel was my next effort but it was too much hassle! An extra bowl with a cloth inside to create the steam or using a lava rock. Needing an extra tray on top to avoid the top part of the bread from browning too much before the bread was cooked. And then the hassle of pouring the water while the oven is steaming hot! Guess what? More burns.

There had to be an easier way to bake sourdough.

After too many failed attempts I determined that the problem was in the tool I was using, not my technique.

I looked at the different cast iron bread pans that were available at the time – but when I factored in shipping costs they were so expensive. They were out of my budget, and I imagined out of most home baker budgets as well. 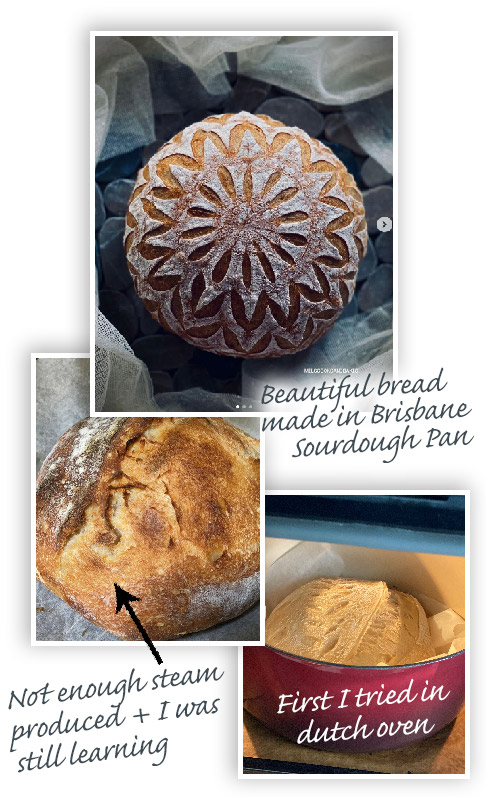 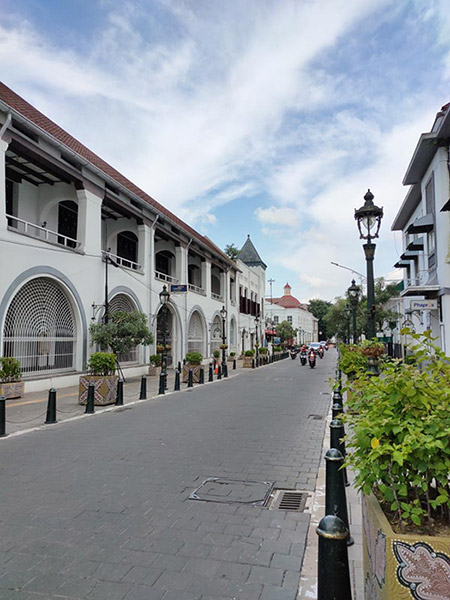 I didn’t imagine that my search would lead me back to my hometown of Semarang, Indonesia.

So I went looking for an alternative solution. I didn’t imagine that my search would lead me back to my hometown of Semarang, Indonesia. But it did!

I found a company there who specialise in cast iron manufacturing. We collaborated together and formed two cast iron pans based on the design features and attributes I knew were needed to bake a good Sourdough. The result was a cast iron pan that:

Shape: A batard shaped pan was needed to bake the batard load, but because it is wide enough, it’s actually perfect for any shape of sourdough. With a shallow base, we can load the dough easily into the pan – without the burn.

Features: The extra handles on the top of the lid are very convenient and make lifting the lid off so much easier. The lid itself, also helps ensure that the bread is based with optimal steam.

Material: Other types of breadware state that they cannot be preheated if they are empty. The Brisbane Sourdough Pan is made from a very high quality cast iron which means it can be preheated up to 260℃.

I knew that if I could produce a cast iron pan that met those requirements, I would have a baking vessel that would produce the spring, rise, blisters and ear I had been aiming for.

Finally I was making Sourdough bread I was proud of. The bread pans proved wildly successful in the Sourdough community throughout SouthEast Asia. The success there gave me the confidence I needed to bring them back to my home and launch them in Australia.

I was so proud of the end product I decided to name them after my new hometown – The Brisbane Sourdough Pan.

My hope is that anyone who is struggling to get their Sourdough bread baked just the way they want, will find that The Brisbane Sourdough Pan was the missing ingredient in their baking – just as it was in mine.

I was so proud of the end product I decided to name them after my new hometown – The Brisbane Sourdough Pan. 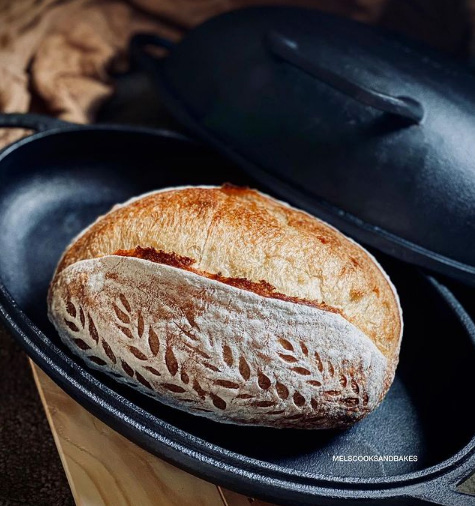 Now and then you find an idea which changes the way you think about what you love. I came across this incredible invention that will let you bake perfect bread at home. It’s called @skitchenau and best of all it’s Australian designed.

Why is this the best pan for baking sourdough bread?

Are you wondering why The Brisbane Pan is better than other pans on the market? Take a closer look at what makes it the best pan for baking sourdough bread here.

Why Choose the Brisbane Pan

Are you keen to start baking sourdough bread at home?